The Vision behind FilmNeverDie Cafe!

Strengthening the sense of community among film photographers 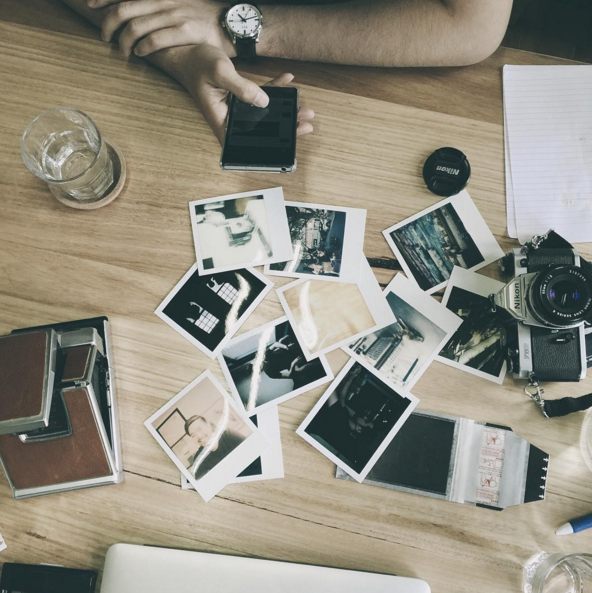 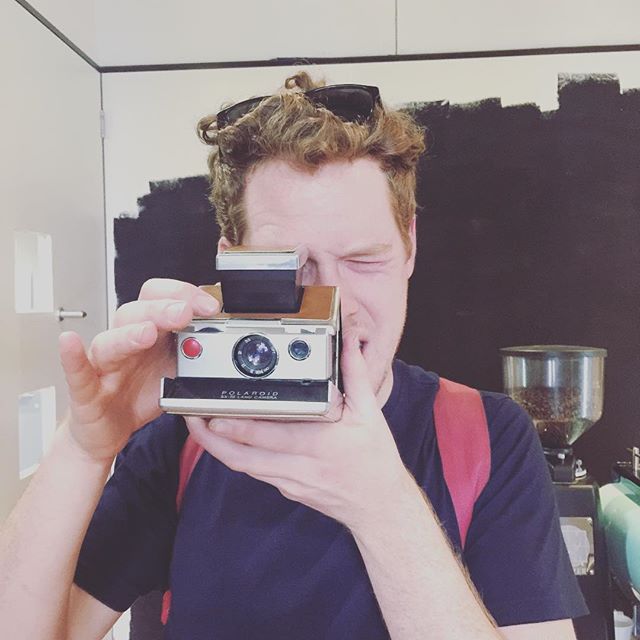 ‘It’s a new social enterprise that brings together people interested in Polaroid and film photographs, photography and cameras,’ said FilmNeverDie’s Gary Wong, while sitting at the café’s communal table.

‘We were very fortunate that Michael Silver, Magnet Galleries president, invited us to be part of this space.'

‘There is nothing like it at this end of the CBD – it has a special kind of atmosphere.’

‘What we have is a collaboration, a combination of a film business and a not-for-profit gallery,’

In FilmNeverDie’s shop you’ll find Polaroid and film cameras, film and equipment; and in the same space, there’s Magnet galleries, a fine art photographic printing service, a library and a communal area.

‘My role, ‘said Gary, ‘is like a community manager.

‘It means gathering people around, including volunteers and influencers, to grow photography.

Like other creative spaces around Melbourne, it fits the model of a ‘third place’, somewhere between home and the workplace or workshop, where people discuss and develop ideas, make projects and share their work.

‘People are getting excited about being in our community,’ said Gary.

Gary greets some visitors who’ve just been to see the Polaroid Resurrection exhibition of 30 photographers who are part of the FilmNeverDie community.

There are smiles all round when Gary takes their photo with a Polaroid camera.

‘A Polaroid captures the idea of simplicity,’ he said. ‘You just take one shot and you get a print. You can’t hand it out. It makes a difference.

‘What Michael and I see as important is a really personal approach, an inclusiveness, so that people like TJ’ – who is working on his laptop further along the communal table – ‘can come and hang out.’

TJ, a student who has been part of the FilmNeverDie community for about a year, loves taking Polaroid photos.

Speaking of the café, the space and how Polaroid cameras make photos, TJ said, ‘It’s magical.’

Come in and see what’s on at Magnet Galleries, have a coffee at FilmNeverDie café, and Gary may just take your photo. 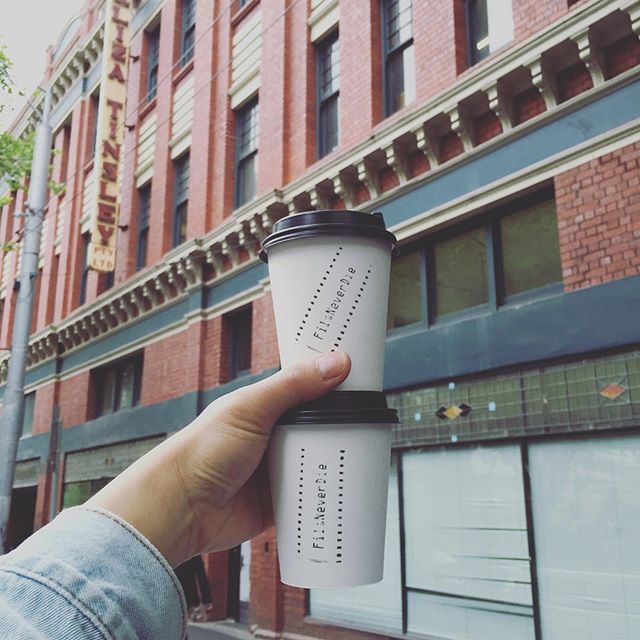 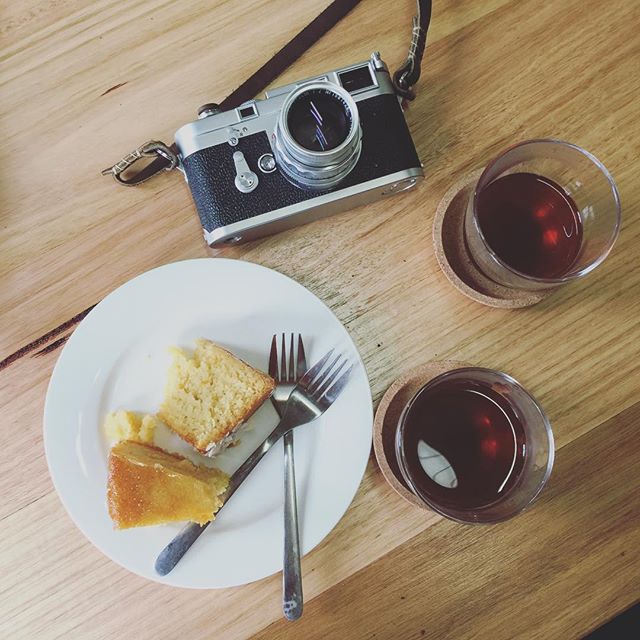